HIGHRISE & Out My Window 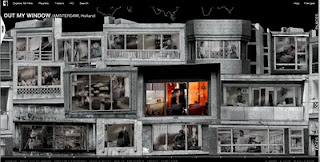 This is an incredible project that has recently partnered with Talkitect.com. I strongly suggest you watch the trailer below and explore their website. It is a fascinating glimpse into the lives of people around the world and how they adapt to the architecture they inhabit.

HIGHRISE is a multi-year, multi-media, collaborative documentary project about the human experience in global vertical suburbs. Under the direction of documentary-maker Katerina Cizek, the HIGHRISE team will be making lots of things. Web-documentaries, live presentations, installations, mobile projects and yes, documentary films. We will use the acclaimed interventionist and participatory approaches of the award-winning National Film Board of Canada’s Filmmaker-in-Residence (FIR) project. Our scale will be global, but rooted firmly in the FIR philosophy — putting people, process, creativity, collaboration, and innovation first.

Out My Window is one of the world’s first interactive 360º documentaries. Delivered entirely on the web, it explores the state of our urban planet told by people who look out on the world from highrise windows.

It’s a journey around the globe through the most commonly built form of the last century: the concrete-slab residential tower. Meet remarkable highrise residents who harness the human spirit — and the power of community — to resurrect meaning amid the ruins of modernism.
With more than 90 minutes of material to explore, Out My Window features 49 stories from 13 cities, told in 13 languages, accompanied by a leading-edge music playlist.

“This is stunning, merging the geography of the high rise and film”
- @PJHatfield, curator at British Library, on twitter

For more information on this great project and the Highrise project follow these links:
Out My WIndow: http://interactive.nfb.ca/#/outmywindow
Highrise: http://highrise.nfb.ca/