Five of the Greatest Modern Buildings in the World

Architectural appreciation is as much a question of taste as is the appreciation of art or literature. Here we investigate five very different architectural masterpieces, all with a unique story. 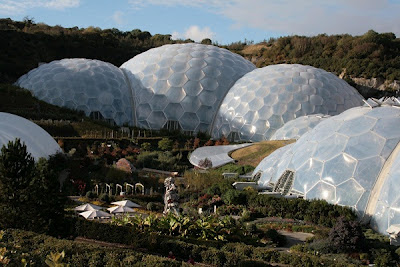 The Eden Project, UK
Designed by Nicholas Grimshaw & Partners and completed in 2001, the spectacular Eden Project in Cornwall is a sublime combination of ecology, horticulture, science, art and architecture. This particular project was an immense challenge for the architects as it was designed to create enclosed environments for global microclimates, exhibiting over 100,000 plants. Located in a remote clay pit, the organically inspired dome-shaped design is entirely appropriate for its surroundings. The final design delivered a hugely efficient building of maximum strength, volume and light but with minimum steelwork and no internal supports, allowing the plants to thrive as naturally as possible. 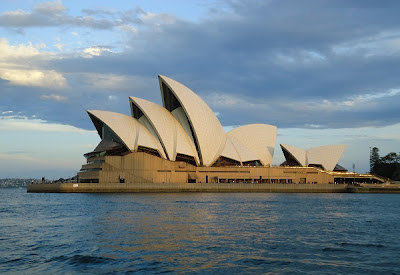 Sydney Opera House, Australia
On the other side of the world is a building which according to the 2007 UNESCO World Heritage Committee: "Stands by itself as one of the indisputable masterpieces of human creativity, not only in the 20th century but in the history of humankind." Danish architect Jørn Utzon created one of the world's most recognisable landmarks when in 1957 his design was chosen as the winner of the 'International competition for a national opera house.' The son of a naval architect and engineer, Utzon's Opera House 'Sails' were undoubtedly inspired by his maritime and shipbuilding background.

It has been said of the Opera House: "The sun did not know how beautiful its light was, until it was reflected off this building." 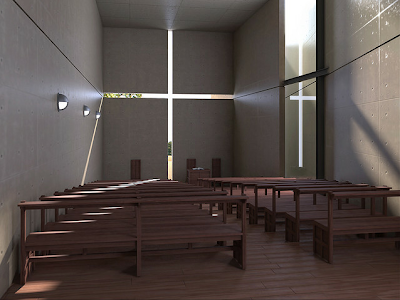 Church of Light, Japan
This architectural masterpiece, the Ibaraki Kasugaoka Kyokai Church designed by Tadao Ando and completed in 1989, is situated in an unassuming neighbourhood on the outskirts of Osaka. The small Christian church constructed of satin smooth concrete, is formed of two rectangular buildings. Entrance is between the two structures one of which contains the chapel, the other the Sunday school, a later addition.

Defined by the stark contrast between light and shade the interior of the chapel is dominated by a floor to ceiling, wall to wall cruciform cut in to the wall behind the altar. Light seeps in, the rays constantly shifting as the sun moves around the building. So far removed is this building from the medieval churches of England and yet the purpose of the people within is the same. 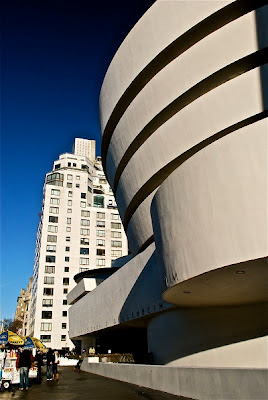 Guggenheim Museum, New York, USA
In 1943 a building was commissioned to house the Museum of Non-Objective Painting in New York. Architect Frank Lloyd-Wright was asked for “A temple of spirit, a monument!” Construction began in 1956. Renamed the Guggenheim Museum following the death of its benefactor, it opened in 1959 and was instantly proclaimed an architectural landmark. Its modernist design impresses visitors to this day and it remains a venue for contemporary art. It has been said, "Wright's building made it socially and culturally acceptable for an architect to design a highly expressive, intensely personal museum. In this sense almost every museum of our time is a child of the Guggenheim." 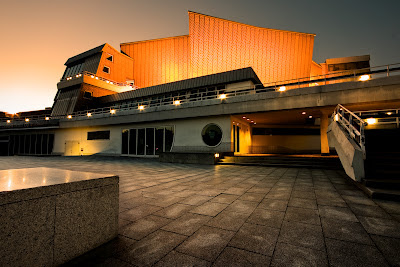 Kammermusiksaal, Berlin, Germany
The Kammermusiksaal (chamber music hall) in Berlin's 'Kulturforum' was designed by Hans Scharoun and Edgar Wisniewski. A symbol of the sophistication of Western culture, coinciding with the collapse of the Berlin Wall, the Kulturforum also comprises the Staatsbiliothek and the Neue Nationalgalerie. Wisniewski, a pupil of Scharoun, heavily influenced the design of the Kammermusiksaal which mirrors the basic concepts of its neighbour the Philharmonie. Designed around a central stage with a 360 degree raked audience space the configuration of the seats creates a truly unique experience for theatre goers.

---
This guest post was written by Francesca, a writer based in the UK with an interest in architecture and design. She writes on behalf of McCormick Architecture.