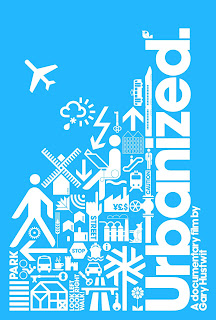 Social sustainability is the overarching theme in the documentary, ʻUrbanizedʼ, released to DVD February 14, 2012, by Gary Hustwit. ʻUrbanizedʼ is the third in his film series on design, following ʻHelveticaʼ and ʻObjectifiedʼ.  In his 85-minute film, Hustwit presents the viewer with a sweeping glance of numerous current issues that are addressed by architects and urban designers: rapid urbanization, social housing, alternative transportation methods, crime and participatory design, among others.

On October 31, 2011 several news sources announced that the world population had reached the 7 billion mark; that number is expected to grow to 8 billion within the next twenty years, with the majority of that population residing in urban centers. Of course, rapid population growth and urbanization is not a new issue, but we have yet to develop an urban fabric that can adequately manage a huge influx of people into our urban centers.

Mumbai is the focal point of the films segment on slums displaying landscapes of incommodious stacks of residences bursting at the seams. Edgar Pieterse, director of the African Centre for Cities, states, “The problem is that the population in urban areas will double over the next twenty-to-thirty years; at the same time, we havenʼt yet dealt with the people that are already there.” Creating basic human habitat with access to clean drinking water and sanitation becomes a central issue for designers and policy makers, especially in these makeshift settlements. How do architects, landscape architects and urban planners begin to make far-reaching changes that out-pace the rapid flow of people into the worldʼs urban centers and develop livable environments for people of all economic statures?

Throughout his film, Hustwit continuously revisits the themes of perspective and community as designers ameliorate neighborhoods and cities in many of the presented case studies. Jane Jacobs' notable reclamation of Greenwich Village through her declaration to preserve mixed-use, diverse neighborhoods with “eyes on the street” is contrasted with the perspective of designing exclusively in plan, from among the skyscrapers, looking down on the city and its people from an ivory tower, as was the case of Robert Moses in New York City and Lucio Costa in Brasilia. In the film, Amanda Burden, Director of the New York City Department of City Planning, describes Mosesʼ time as Construction Coordinator of New York City (1934-1968) as having a profound impact and a legendary insensitivity to the fabric of the city as he demolished entire neighborhoods with the development of highway systems.


The downfall of Moses came at the same time as the rise of Jacobs. Through her writing, she was able to illustrate the rich relationship that existed between the physical space that constituted neighborhoods and cities and the social fabric that existed within these spaces.

“Under the seeming disorder of the old city, wherever the old city is working successfully, is a marvelous order for maintaining the safety of the streets and the freedom of the city. It is a complex order. Its essence is intricacy of sidewalk use, bringing with it a constant succession of eyes. This order is all composed of movement and change, and although it is life, not art, we may fancifully call it the art form of the city and liken it to the dance — not to a simple-minded precision dance with everyone kicking up at the same time, twirling in unison and bowing off en masse, but to an intricate ballet in which the individual dancers and ensembles all have distinctive parts which miraculously reinforce each other and compose an orderly whole. The ballet of the good city sidewalk never repeats itself from place to place, and in any one place is always replete with new improvisations.”


In her narratives of “eyes on the street” and the movement and dance of the city, Jacobs is also reflecting on community, the second recurring theme in ʻUrbanized.ʼ Burden and Jan Gehl of Gehl Architcts in Copenhagen, Denmark both examine the importance of quality public spaces within cities. Burden describes the significance of movable chairs; this minute design detail allows a person to modify their surroundings just enough to make the space their own, the freedom to inhabit a place as they choose. Gehl uses the metaphor of the city as a party to identify its social success as the film displays congregations of people gathering in impromptu groups, “a good city is like a good party… do not look at how many people are walking in the city, but look at how many have stopped walking to stay and enjoy what is there.”

With rapid urbanization as a principal contemporary design issue, social, environmental and economical sustainability is the desired dénouement. Perspective and community are two key themes that need to ruminate through the conception of each urban plaza, building, street, neighborhood and city we design and develop. The defining obligation for architects and urban planners is to determine how to reach this supreme goal with a vastly increased population in urban centers when we presently struggle to attain this same objective with our current urban populations. As we develop innovative solutions to the design challenges present in rapid urbanization, we must be cognizant of the rich order and fabric that already exists in a place and focus on the retention of its subsisting uniqueness. As best written by Jacobs, “There is a quality even meaner than outright ugliness or disorder, and this meaner quality is the dishonest mask of pretended order, achieved by ignoring or suppressing the real order that is struggling to exist and to be served.”