Someone is always crying in studio. I consider myself to be compassionate but I don’t stop anymore; rarely does one want to discuss failed projects that took all night. A person who I can’t see groggily asks me what time it is. “Seven.” I answer. “AM or PM?”

This is the start of every day, and most of us love it. We all chose this. For most of us, it has become an all consuming lifestyle that we accept partly with satisfaction and partly with an unexplainable ache and sense of loss for something that we can not name. 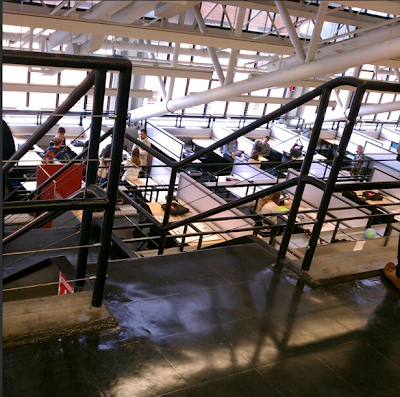 If you are like me your inbox is crowded with emails from well meaning family members pointing you towards links to unemployment statistics and grad school debt averages. In an economy where the dream of wanting to design things has become privileged and increasingly uncharacteristic of the entry level jobs that await recent grads, it’s hard not to wonder about the direction of not only the profession, but one's personal track. So I went out and asked people from different schools the question that is tied to our ankles, and seared so deeply in us that it is breathing through our work:

1. Why did you decide to study architecture or make the switch from a differing field?
2. In light of the current economic climate of the field of construction and housing on a whole, what motivated you to continue on this path? (If you are no longer motivated please share why, and what you may move on to.)

For the most part, it seemed as though the decision to study architecture was less about choice and more about not being able to consider anything else. From kindergarten, first grade, and some swear infancy, a seedling of fixation on how things come together was fed. Many of the responding students had chosen architecture from their Lego building days, or were following in the footsteps of a family tradition. “I’ve been drawing houses since I was five.” one student responds. Another:

“Buildings speak to me. They always have.”
“It fascinates me. More than my other studies do.” 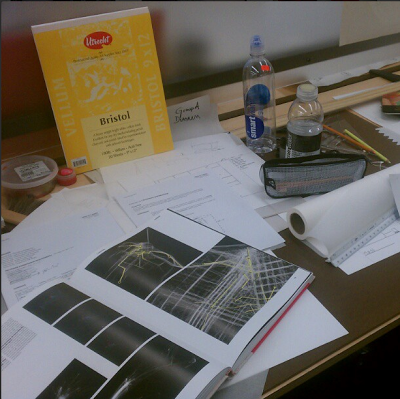 This response encompasses what many may feel is the natural evolution of a love for design. Aesthetic interest - interest in its use and benefit as a psychological instrument.

The decision to follow the path according to the responses I received were part first love, part romance, part unquenchable curiosity and vision that one might be able to create large scale change. These dreams aren’t new. They grew up with their possessors and were never quite extinguished. The current economic climate is the main factor that comes close to burning out of Gen Y students.

The overwhelming responses to the second question were from students on the head end of the housing crash auto piloting on bare optimism. One student says specifically, “The economic climate was "eh" at graduation time, varying somewhat by geographic area. Like other recessions, they fade, and the decision to continue was based on that.” Another student responds, “Not to sound ignorant, but, I honestly though it would be over by now.”

The result? Architecture is losing motivated and brilliant minds to more promising fields such as engineering, to what many [albeit raw and uncalculating] perspectives, including my own, see as a mere paycheck. The ones that stay behind suffer with the unfair darkness of a new pessimism that only came from being in the right place at the wrong time. A well written article on Generation Y featured on the Design Intelligence website offers this piece of valuable insight. “If young workers are getting disgruntled and bored, they may give up on making a difference. The other danger is split allegiances. Instead of focusing on the firm’s primary work, outside professional adventures become more interesting.”

It’s time to really start the discussion. What can we as a profession/country do to allow the people who have been shaped by their interaction with the study of architecture continue to have a hand in shaping our relationships with the built environment?
Email Post