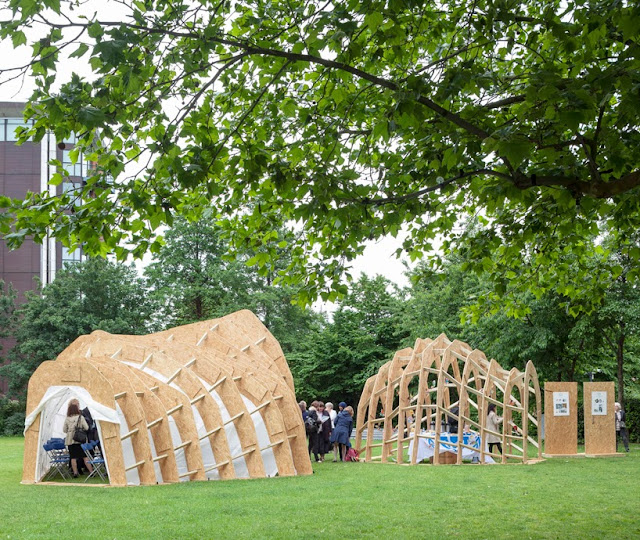 Two experimental, sculptural timber pavilions formed an “Embassy for Refugees” on London’s South Bank this summer, inspired by spaces of refuge found in nature. This unusual project, by emerging designer Natasha Reid, weaves together art, architecture, innovative design and socially-engaged practice to explore the idea of sanctuary in the city. The surprising structures, made of a flat-pack kit of over 700 intricate parts, strike a balance between rigorous economy of materials whilst creating delightfully striking organic forms. The fleeting structures will now have a continued legacy as a traveling artwork called the “Transient Sanctuary” which will emerge in a variety of sites around London and the UK, creating new, unexpected spaces and interactive installations exploring the idea of “refuge” in different contexts. The highly inventive design is the culmination of several cross-disciplinary collaborations initiated by architecturally-trained Reid who worked with refugee children and engineers Arup amongst others. 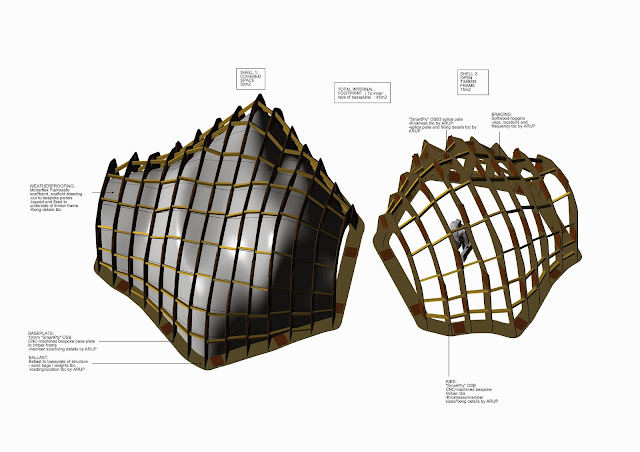 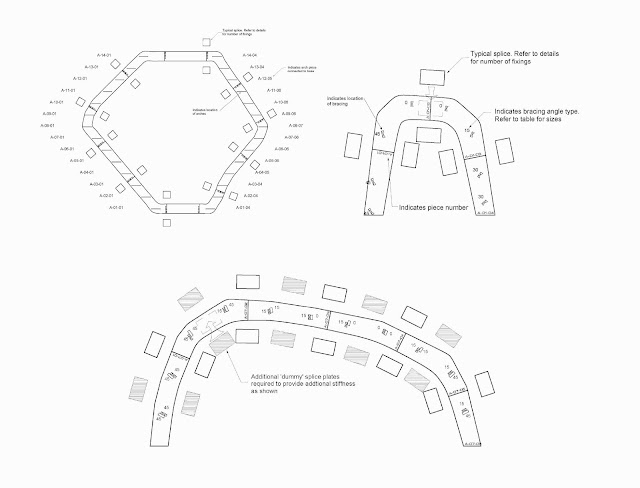 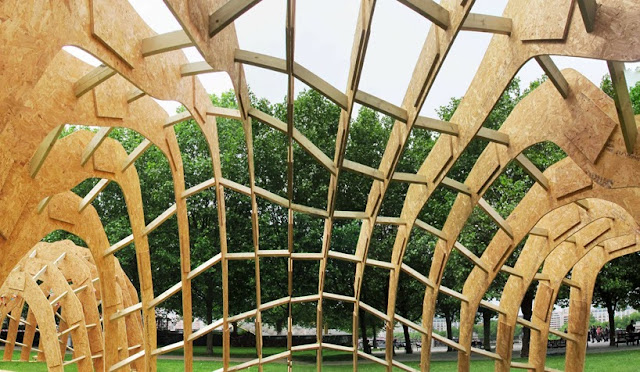 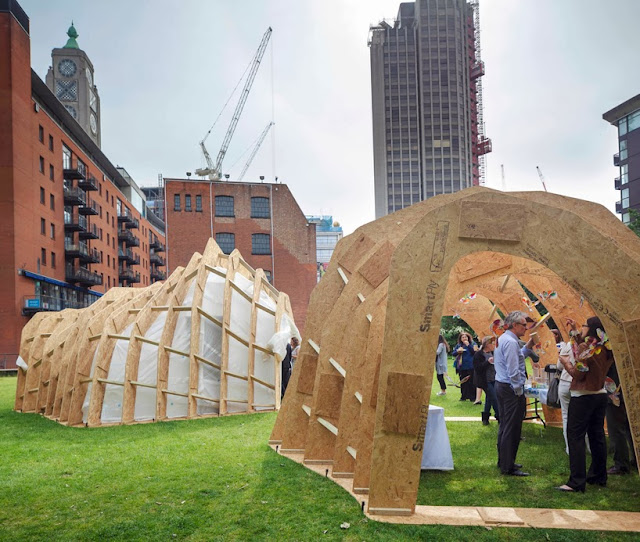 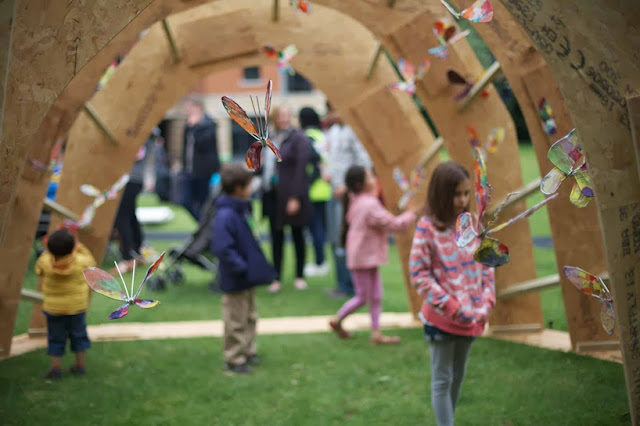 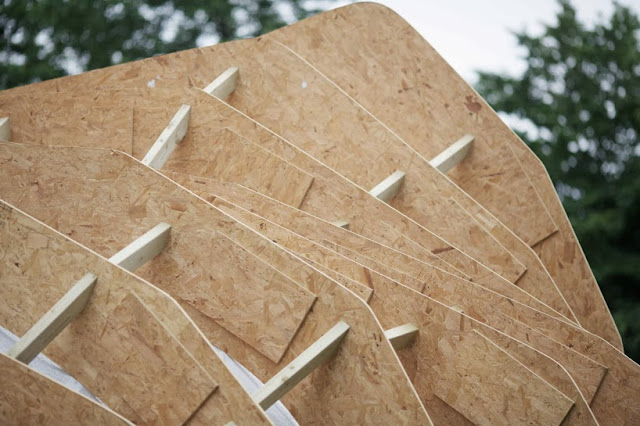 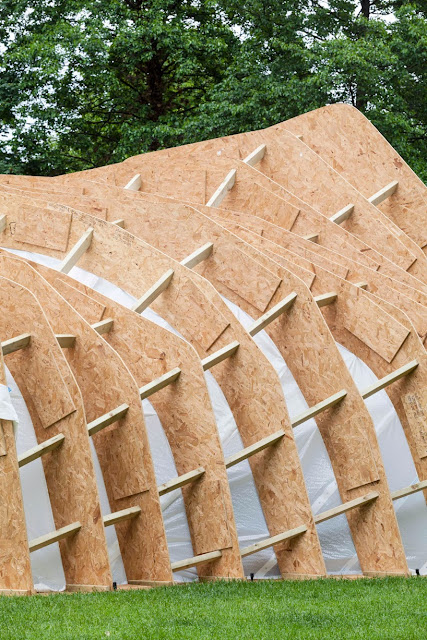 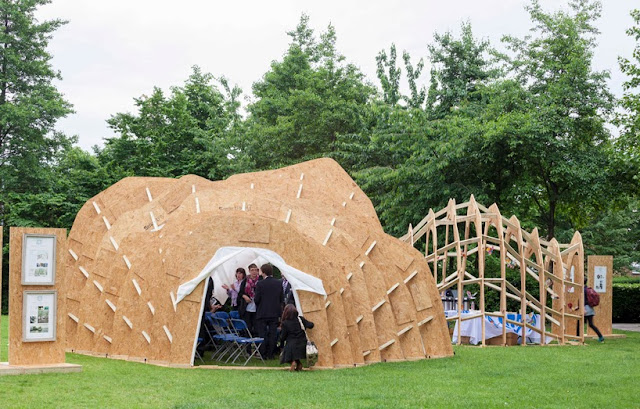