This house is unconventional in that it’s designed as a high-end net-zero energy house, not bound by geography, climate or access to a power grid and can be built literally anywhere in the world, on or off-the-grid. This innovative private residence known as Mo Ventus was designed without a client in mind, and therefore is designed with inherent, built-in flexibility and 60% customization potential.

This private residence has four definitive characteristics and aspirations:

1) The first pertains to Mõ or Mõtus (Mõ; Mõtus - moving, movement, motion): The real-time external transformation of the main living area and home-office/studio through the shape shifting movement of large composite retractable screens and insulated shells that allow for the micro-management of day-lighting, heat gain, openness, and privacy.

The Living Area (Kitchen, Dining & Living Room) has nearly unlimited combinations of screen and shell positions. The screens and exterior shell ride on track and are moved throughout the day as desired, producing a completely transformative environment, from open glass to patterned screens with diffuse light to solid walls all at the owners discretion or automatically adjusted to changing climatic conditions.

2) The second pertains to Ventus (Wind): Mo Ventus functions as a net-zero energy design capable of being built in remote, off-the-grid locations, with wind and sunlight being the major energy contributors.

This house is organized so as to embrace and utilize the features of an unique landscape and dramatic sloping site. The topographically integrated concave cup or curved form is sited towards prevailing winds and is designed to increase by an approximated five-fold the wind speed and resultant energy. The resultant wind-produced energy is stored via hydrogen fuel cells on site for later use. The photovoltaic array, four embedded bi-directional wind turbines, and fuel cells provide power to meet all operational needs enabling the house to be remotely located off-the-grid.

The amount of energy provided by on-site renewable energy sources is equal to the amount of energy used by the house -- this is the generally accepted definition of ZNE in the United States. Mõ Ventus was never intended to be the most sustainable green home, although it applauds others efforts in this regard it doesn't try for that distinction for itself since another of its primary goals is to provide quality sensorial experiences and environmental immersion for it's occupants which is often wholly at odds with some common passive green building practices. So while it's not the most sustainable building it does utilize and appreciate recent developments in green technology which allow it to be a zero-net-site-energy house. Also because of its size it's unlikely to be considered the most sustainable due to embodied energy, however zero-net-site-energy buildings similar to Mõ Ventus do tend to have a much lower ecological impact over the life of the building compared with some other laudable building practices that are also considered green but still on-the-grid. This desire of doing what it can within the scope of its program is at its heart and is after all the reason for its most prominent form.

3) The third is that Mo Ventus offers the choice of full immersion in nature and real connectedness to its environment through an all glass skin around the main living area and home-office studio, providing 180 degree views top, bottom and sides. Mo Ventus takes up the challenge to maximize sustainable features while not losing the soul of the house at the expense of energy saving walls, or in other words “not throwing the baby out with the bathwater”. Many sustainable homes are configured as super insulated and as a result are very opaque and introverted, with limited glazing and therefore limited views out and interaction with the environment. This house attempts to find a balance between spatial qualities, immersion within the natural world and using mechanical means to alter exposure, light and heat gain when needed. Sustainability has equal priority not sole priority in Mo Ventus.

4) The fourth is that Mo Ventus provides an inspired home-office studio. A distanced and contemplative yet stimulating space that is physically separated via an open air cantilever bridge, but visually and psychologically connected to the main body and life of the house.

Mo Ventus is best suited for fresh- or saltwater beachfront locations with moderate slopes and temperate climates, but can be adapted for inland mountain topography with a range from tropical to alpine climates.

On account of the floor plan’s linear configuration of bedrooms along the top edge, the footprint of the residence can range between 5,000-12,000 square feet depending on the owner’s desires and building site conditions.

Project construction costs are estimated at $3,500,000 to $10,000,000 US Dollar (depending on client needs, total square footage, site conditions, and local costs), more details are provided on the project website www.mo-ventus.com 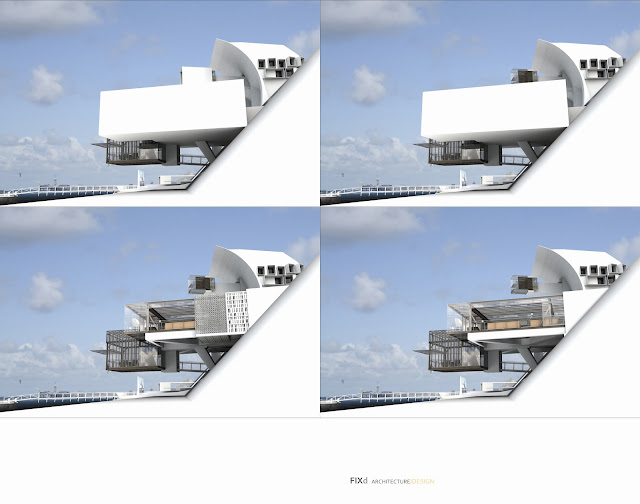 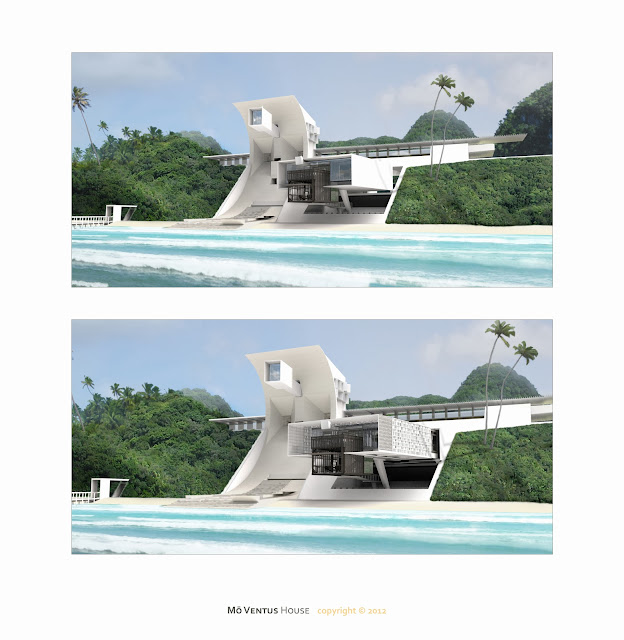 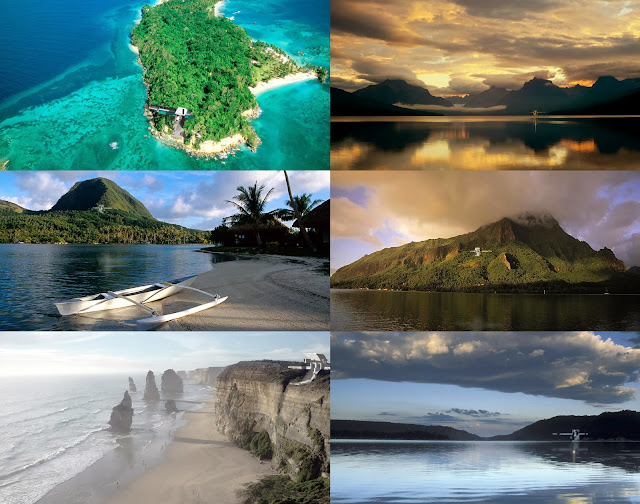 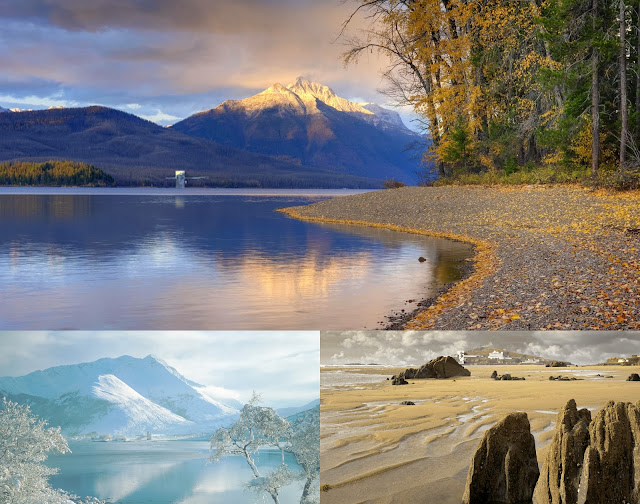 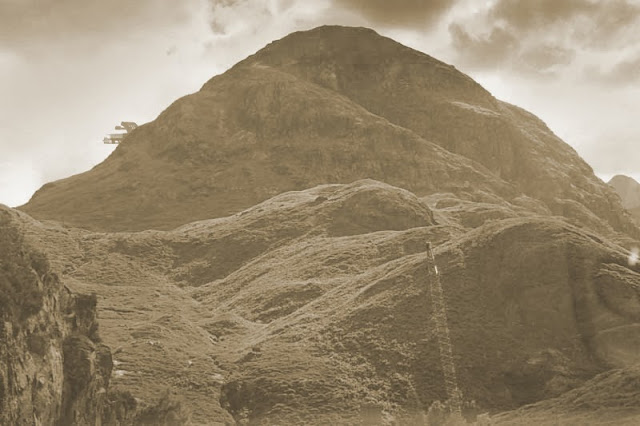