Life, In a Nutshell by 4240 Architecture

“What do I make of all this texture? The texture of the world, its filigree and scrollwork, means that there is the possibility for beauty here...”  - Annie Dillard

In 2009, several colleagues at 4240 Architecture and I entered our first international design competition—a proposal for the sustainable city of the future—for the Nordhavnen district in Copenhagen, Denmark. We started by asking ourselves a fundamental question: What’s needed in order to sustain life here? Struck by the world’s spiking population (coupled with the shrinking available surface area), we founded our proposal on two assertions:

We applied these fundamental truths to the design of modern cities, and recognized the importance of increasing the urban surface area. A radical increase in the performance of the urban surface, the theory went, could accommodate rapidly growing populations.

The resulting design proposal was a meditation on texture: the deeper the texture, the greater the urban surface area, the more life this surface could gather and sustain life, via food, water and energy. We analyzed how many calories of food, gallons of water and BTU’s of energy the average Dane needs, and scaled the surface texture proportionally (seen below, from less performative to more performative):

The Nuthouse
We derived these strategies from nature. As an example, a hickory nut we found on the site of a tiny guesthouse became its organizational principle. Two protective outer shells of board-formed concrete protect and camouflage its spiritual center: a reflective pool, central fire, energy storage and living quarters. 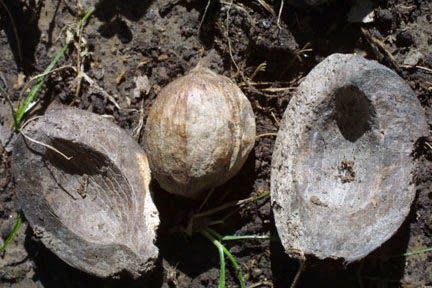 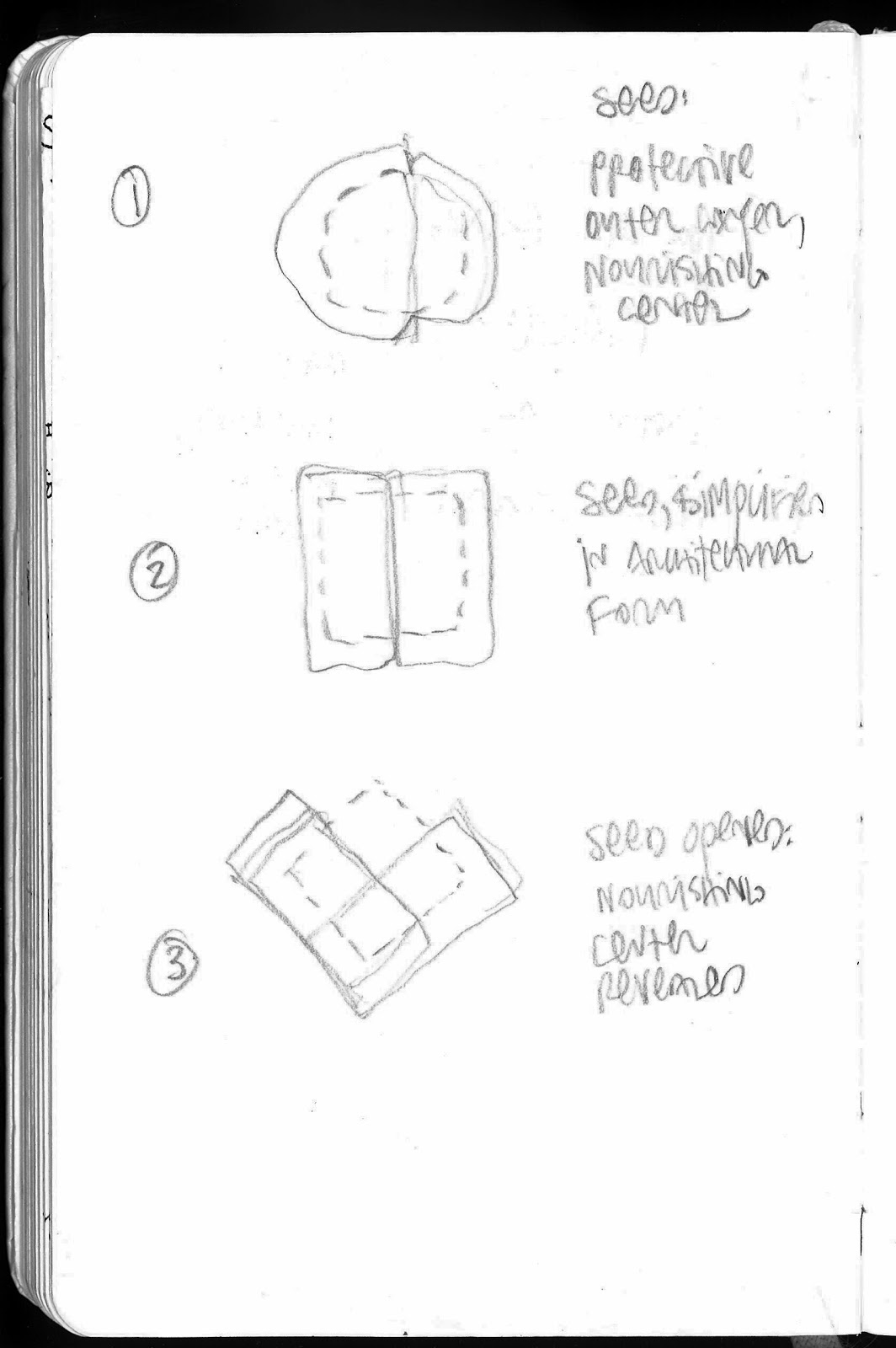 The exterior surfaces of the concrete shells are carefully pocked to create right-sized spaces for birds, bees and bats. Through this habitat creation, the Nuthouse becomes an active, organic participant in its site. We discovered the following: when texture contributes to supporting life, it moves beyond mere decoration and toward a moral imperative. 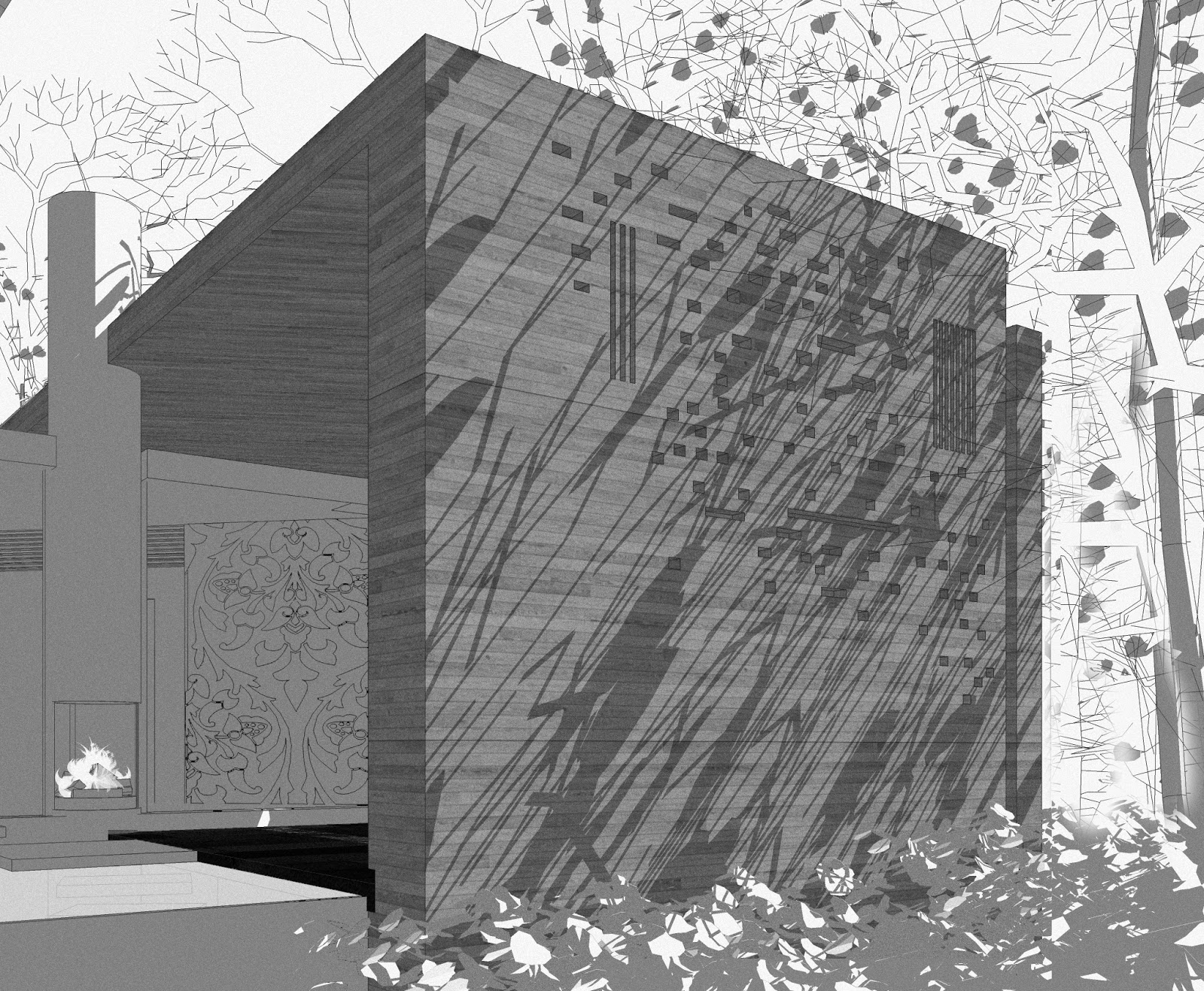 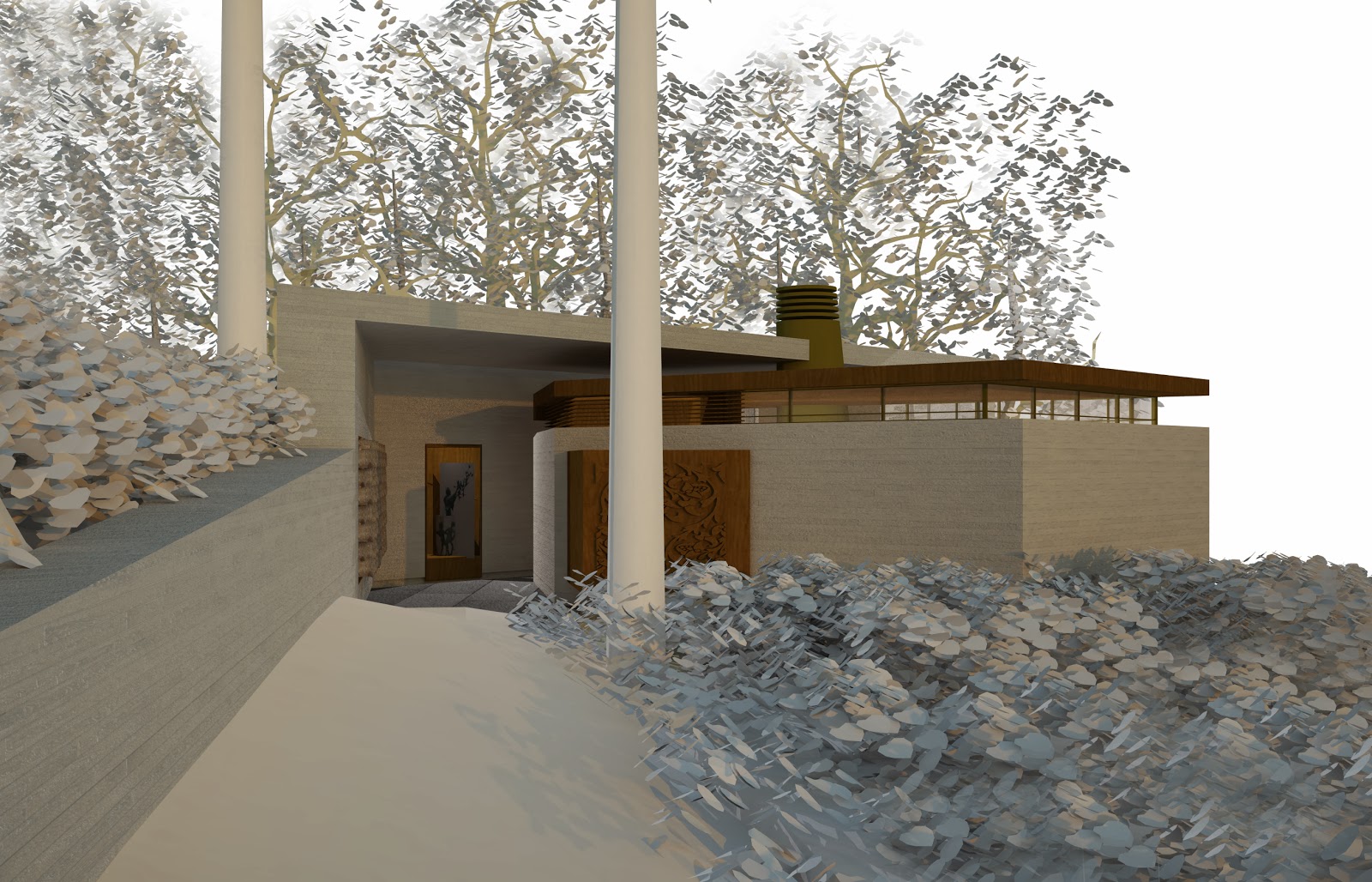 Life gathers in the gaps and cracks… 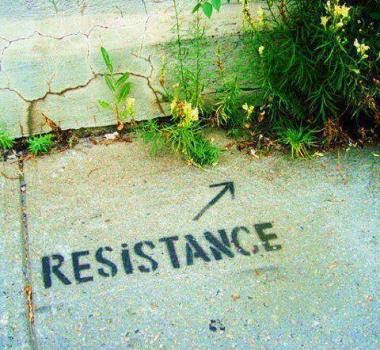