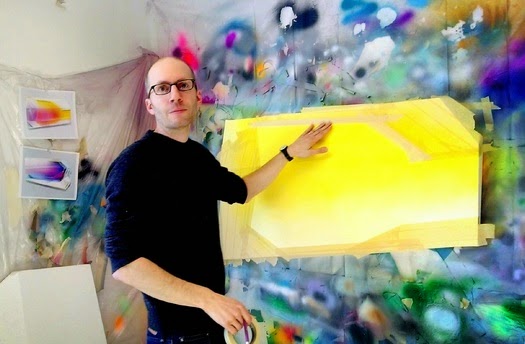 According to Trygve Faste, it was a series of coincidences and happenstance that led him to the creation of his geometric neon-painted protostructures and forms that are popping off the walls at One Grand Gallery until the end of May. But it seems that his progression and trajectory as an artist started a long time ago, and has been consistently cultivated and advanced for the past several years.

Faste drew a lot as a kid. When he got to college, he double-majored in computer science and art, thinking the former would be more useful, but in the end, realized both were pertinent in realizing his life calling.

As a professional designer, Faste has designed an eclectic array of objects, ranging from toys to luxury hotel fountains. He has an MFA in painting from Cranbook Academy of Art and is currently a professor of design at the University of Oregon.

What Faste enjoys most is the studio: it's the place where he can contemplate his fascination with how humans manipulate the natural world to serve our purposes.

Faste's investigation began on large rectangular canvases with painted representational landscapes of human-constructed environments. His methods have since evolved into the abstract. Stripping out all natural elements except for the sky, left Faste focusing solely on objects in the two- and three- dimension.

OG: What do you call your pieces?
TF: I have been calling them protoforms. It is a word that I made up and is based on the ideas of a prototype. Proto’ being something early or primitive that is still in the process of evolving and ‘form’ because the paintings are slightly dimensional. I called the pieces that have windows cut through the canvas protostructures because they reveal more of the underlying structure. Those pieces are really more about the idea of construction and how it relates to painting on canvas.

OG: What's the origin of your name?
TF: Half of my family is Norwegian. My parents wanted to find a name that would speak to that heritage. I came across the meaning many years later when I was researching names for my daughter. I think it means trustworthy or true.

OG: How do “protoforms” reflect what you see around us?
TF: Really it's a distillation of cultural various ‘memes’ -- things that materialize and become really popular at a given moment in time. I'm always trying to figure out what design tropes might be current.

OG: Where do the designs and colors come from?
TF: A lot of the shapes come from simplified objects that I observe, so that might be: sneakers, super cars or some consumer product. And they could really come from anywhere, but mostly human- created, like different science fiction movies and pop culture in general. I’m curious how to capture the ideas and feelings of our culture's objects, so much of which embody ideas of ‘the futuristic’, or ‘quality’, or other traits that just make things seem covetable.
The colors-- I do think of each painting as having a specific color scheme. I'll limit each painting to a specific pallet. Normally they're borrowed from things I've seen that interest me-- like a car's special paint job or architecture, or clothing colors that happen to be in vogue.

OG: How would you compare your artwork-- made by and to reflect modern means-- to other art movements in history?
TF: There's always been a lot of different art historical references that I am interested in. There was the precisionist movement in the industrial era where they were painting really crisp, clean images of industrial technology. I have been thinking about the slightly more mechanized production of my paintings.

There is a literal connection to manufacturing as well as just a reference connection in the way I make the canvases. I laser cut the forms, plan them on the computer and use an archival digital printer to print the canvas. For larger paintings, I use airbrush.

I also love the work of the Hudson River School of painters. The sense of atmosphere and space in the paintings is wonderful.

My work also references pop art a lot. If you think about Andy Warhol, he called his studio, 'The Factory.' With silkscreens paintings, he had sort of a production method, so there’s definitely ideas carrying over from that.

OG: How do you build your canvases?
TF: I started building paper models to figure out what shapes I like. Once I got the hang of it and the types of shapes I was interested in-- I didn’t have to make more models. Typically, I sketch out the shape of canvas I want. Then I will go into a computer modeling program. Right now I am using a program called Rhinoceros. Basically I model the canvas stretcher in the computer, which gives me a plan for how to make the structure. I actually laser cut the side pieces and assemble them. This ensures the angles are correct.

OG: What's next?
TF: These protostructure paintings are going to be new to me for this show. I'll see how those work out, how enjoyable and exciting they are to make. And then also the paintings. I have focused the paintings for this show, so they are one canvas shape instead of constructions made by attaching multiple canvases. It has allowed more room for me to actually paint and explore the surface and less worrying about the different structures coming together. It is always hard to predict ahead of time how they really differ from the previous paintings, but so far I am really liking working on them. I am still fiddling with various ways to make them.

I am also experimenting with some other furniture design projects and collaborating on some ceramic projects with my wife, so those are always really exciting.

I foresee maybe some more three-dimensional work coming along.


ILLUSIVE STRUCTURES by TRYGVE FASTE is currently on display at One Grand Gallery through May 30, 2014 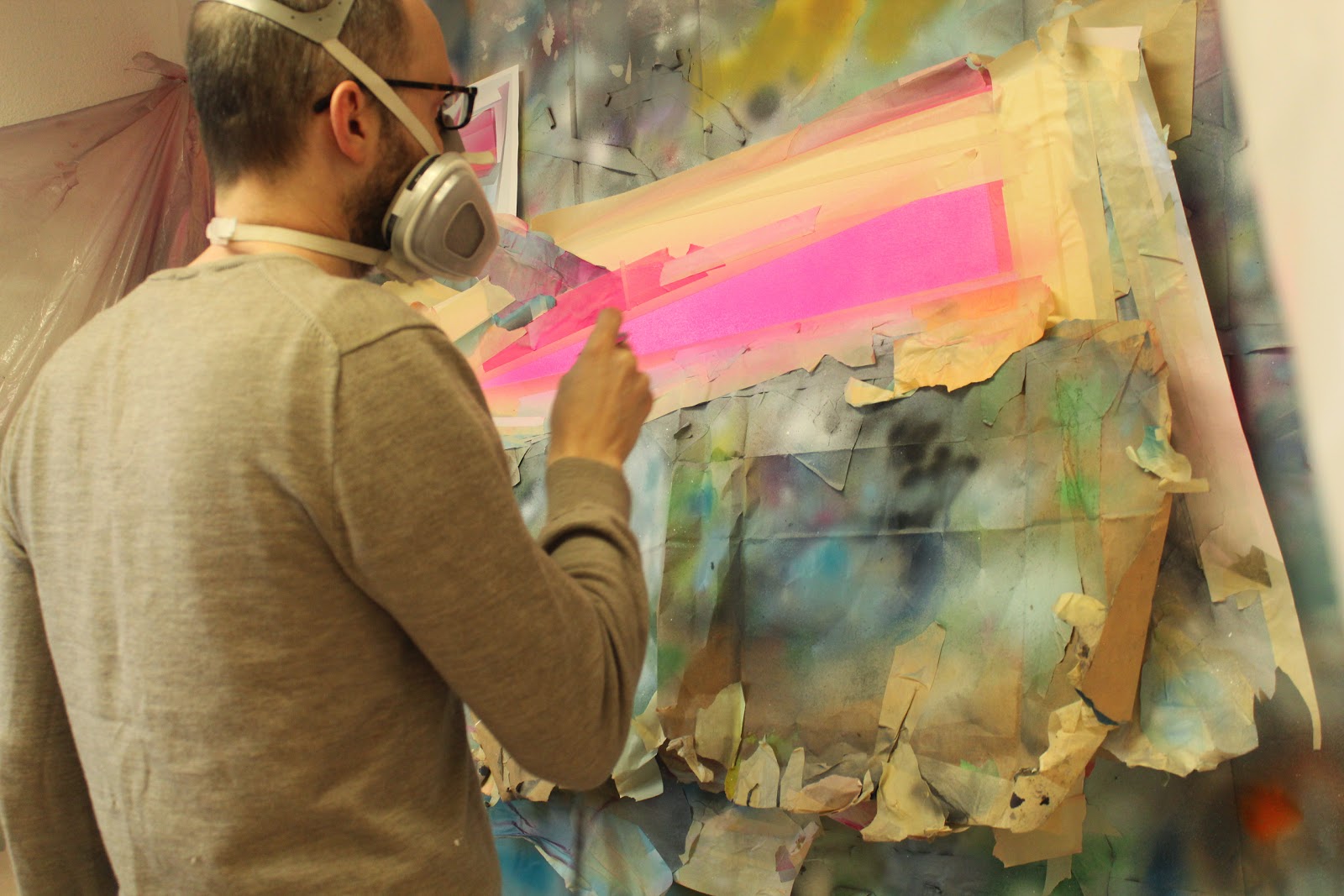 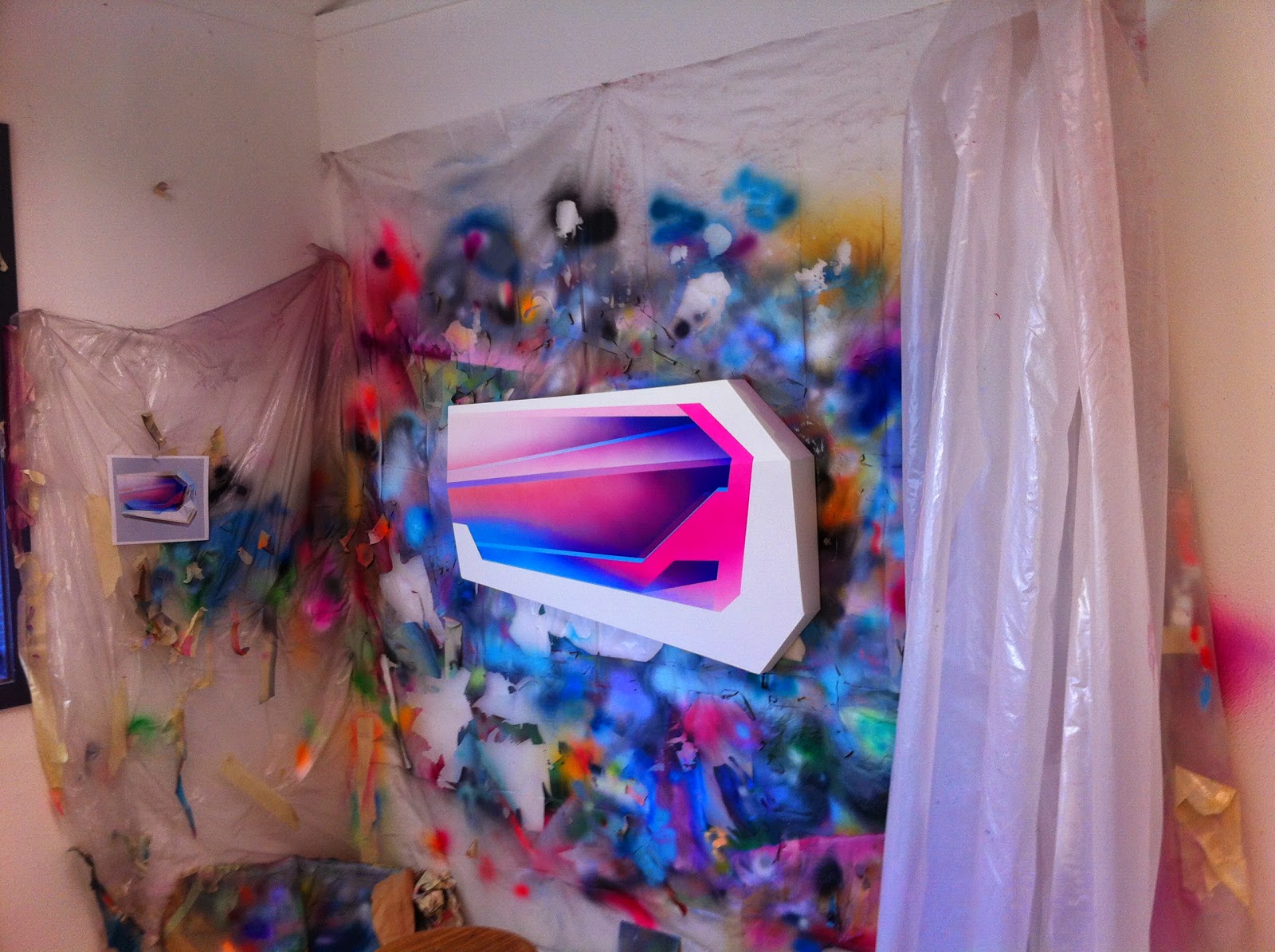 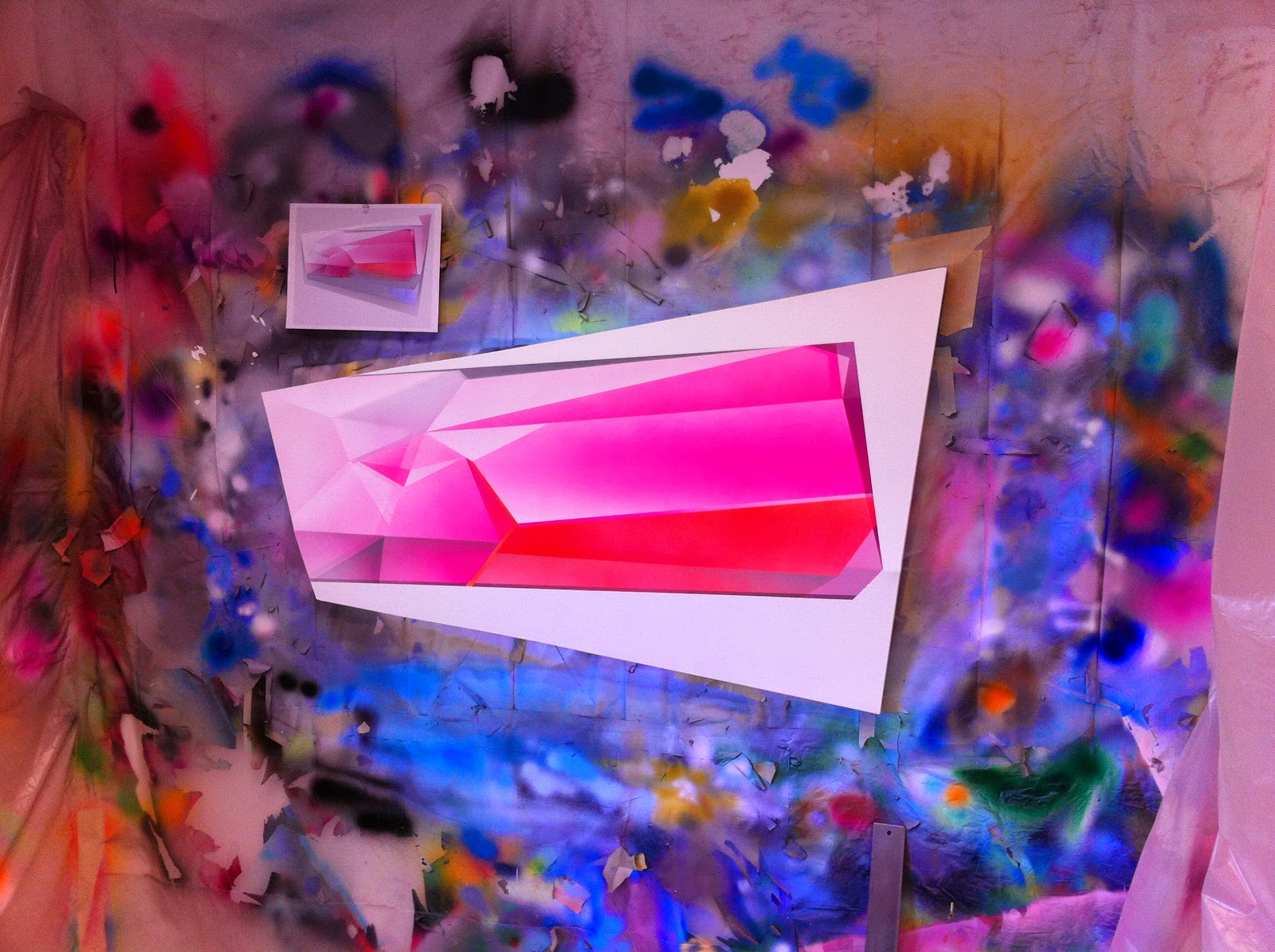