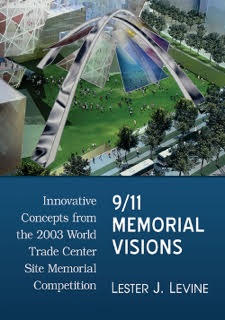 In 2003, a global competition was held to design the 9/11 Memorial in Manhattan – 5,201 entries from 60+ countries from architects, artists and inspired amateurs. Each entry was photographed and put into an online archive, where they exist today: http://www.wtcsitememorial.org/submissions.html .
Until 2011, no one since the jury had ever explored these ideas. I became curious, searching for memorial ideas beyond traditional greyscale structures with water, flowers and trees. After more than 7 months of review, I narrowed it down to a few hundred. They were colorful; they were “powered by” technology, they engaged and involved visitors in unique ways, a few categories that later became the book chapters.
They just made me more curious: Why did these people believe a memorial should be dramatically different? How did they come up with these designs? Was it something about 9/11? I decided to ask them…
Four years searching and interviewing enabled me to learn their stories and compile them into a book. It was a soulful journey. Some people had died and I wound up talking to family and friends. Some people I never found. Very few did not want to be involved.
So a few examples to whet your curiosity...
Stuart Math told me his inspiration was something that focused on “people, not murders” with memory represented as “ephemeral, not concrete.” Stuart’s design envisions a means for a visitor to select a victim’s name and then…
“…reads the name into a microphone…software randomly plays back the recorded names...At the same time the name is being played back, the name is highlighted on…computer monitors (as if lighting a candle). The audio is processed on playback so the playback sounds like a whisper.”
Ehren Joseph envisioned lighted vertical beacons to represent the dead, the colored lights for each being unique through their “Southern Blot DNA patterns”, using red, white and blue glass lights: 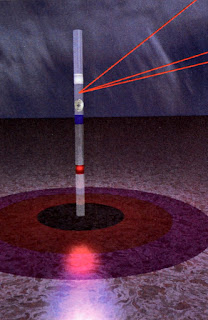 The idea mainly came from his work with the victim’s families, knowing that DNA patterns were being used to identify remains. He and they struggled with “how could they create memories” if there were no remains.
Perhaps even more interesting, Ehren told me that his family came from Iraq and he was fascinated by the use of mathematical constructs in Islamic art – the DNA patterns are similar…
Christopher Wright’s design features a “people-powered turntable” engaged by visitors to symbolize working together for “peace, hope and progress – the opposite of terrorism, grief and loss.” 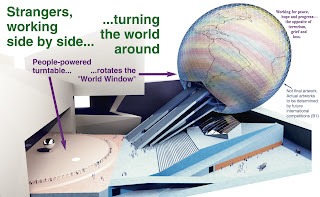 “The memorial is…a symbolic tool for changing the world – pointing out that each individual plays a role in determining the direction of the world.”
My editor asked me to write an “ending” – asking “what did you learn?” Thinking about my journey, I wrote that these creative responses to 9/11 were wrestling with a few basic questions:


The 15th anniversary calls us to continue the dialogue.
Email Post