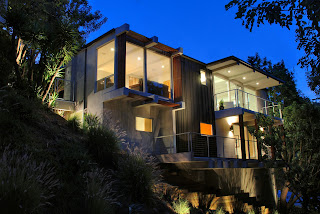 LOS ANGELES, June 30, 2010 – New design talent Michael Parks is pleased to announce the completion of the dramatic remodeling of the Parks House, a modern and innovative three-bedroom, three-bath hillside home located in the Laurel Canyon section of Los Angeles‟ Hollywood Hills. The creative ingenuity behind the year and a half transformation of the Parks House is made all the more intriguing because Parks, the owner, had no formal architectural/design education. Yet he designed and spearheaded the project himself -- an architectural metamorphosis through which Parks himself found a new career and a passion for creating ground-breaking modern design.

“After an architect presented us with a set of plans (no similarities to Parks‟) that were over three times our budget, I decided to explore the possibility of using my love of architecture and my creative, budgeting and project management skills from TV and film producing to try and do it myself,” Parks said. “It all came together in a very LA story. While getting my haircut, a stylist told me that he had a contractor/business partner „who was the best.‟ The contractor turned out to be his brother, but after meeting him I realized he was our man and I could do the project for under our limited budget.” 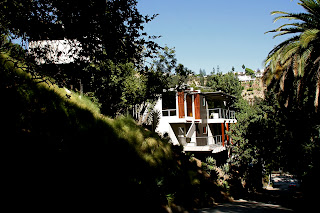 Parks faced countless challenges when he purchased the house: severe dry rot and termite damage to every area of the wood, post and beam-built house; windows that did not connect with their frames; a poor floor plan with little worthwhile useable space and only one proper bedroom; a kitchen where Parks actually put his foot through the rotted floor; poor ventilation with no insulation and an oddly shaped lot coupled with difficult hillside conditions. But Parks looked past the dwelling's numerous issues and instead saw incredible, unrealized potential.

With a contractor on board and with the housing market going bust, Parks had no choice but to dive in. Never one to take the easy road, Parks had just finished production on a new TV pilot; had recently planned an international wedding with his then fiancé; and was in the midst of pitching several television shows when construction began. Nevertheless, he immersed himself totally into the project and was hands-on from day one, tackling all the architecture, design, budgeting, permit and inspection approvals, getting advice from a Los Angeles plumber, as well as complex landscaping issues. (Completed Parks House Photos: ww.mspdesigndevelopment.com) 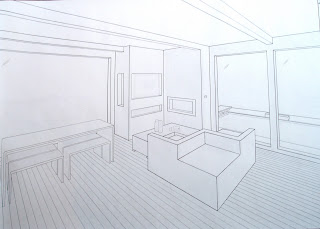 In fact, many days Parks could be seen dangling 40ft. in the air staining wood -- an undertaking befitting Parks -- a man whose vision, drive and spirit of adventure led him to ascend the treacherous slopes of Mt. Everest in 2000. “With this house, the learning curve and the difficult lot were both steep to say the least,” Parks said, “the only way to accomplish this was to make it a full time job.”

Parks' love of architecture began as a child in Washington, DC where he played in a house designed by modern architect, Richard Neutra. "I loved the spacious openness, bold lines and floor to ceiling glass, which were in direct contrast to the prevailing colonial and traditional architecture of Washington, D.C," said Parks. On weekends in Los Angeles, just for his own enjoyment, Parks found himself taking walks with his wife, searching out houses by the great modernists, not realizing he would soon be putting this inspiration to use on his own property.

The Parks House now stands as a testament to forward-thinking, sleek, open, airy and inviting modern architecture that accomplishes the rare feat of combining a minimalist aesthetic with both comfort and hip, understated luxury. With impeccable proportions and bold geometry, Parks‟ design uses the strategic and artful interplay between horizontal and vertical volumes to define the home‟s appearance -- engaging and heightening the senses of those who visit. 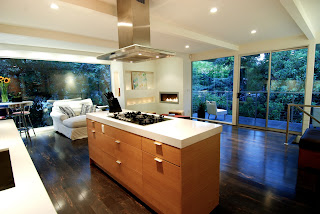 “There is a story for every square inch of the house,” Parks said. One standout, design-forward architectural feature, a breath-taking wall of glass that looks out into a striking tree canopy, was perhaps the most challenging design and remodeling detail of the project. To achieve this, Parks had to turn a deaf ear to many who told him that he would not be able to find glass that was energy efficient, thermal, double glaze, and large enough for his design. After accomplishing this, he was then faced with the dilemma of installation. “Due to the height, the slope of the street and the trees that surrounded the 35ft. high window opening, a crane was out of the question,” Parks said.

The solution: nine men carried the heavy glass wall down the stairs and angled it through the yet unframed front door and into the house. To create a dark, vertical, metal cladding element for the exterior, Parks thought outside of the box and used sustainable metal standing seam roofing, usually seen on large commercial buildings, cutting it into various widths to create an unexpected and beautiful, cascading design. (Glass Wall Photos: http://web.me.com/michaelparks/Site_3/Glass_Wall.html) 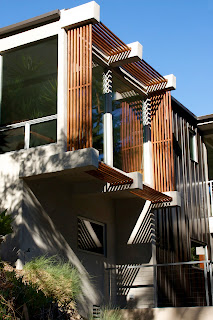 Other distinguishing features include a stunning wood-trellised box-framed window; a portion of the house sheathed in exquisite, sustainably-harvested exterior wood cladding; and the extensive use of sustainable and eco-friendly building materials throughout. In addition, large retaining walls made of recycled concrete from old driveways; floor to ceiling glass reminiscent of its mid-century modern roots; and an outside waterfall created with small pieces of discarded slate add distinctive detailing to the house.

Perhaps one of the most inspiring aspects this project is that the creation of the Parks House, borne from a love of architecture and design, has turned into a new career for Parks, who, mid-way through construction, began taking architecture courses at night at UCLA. Parks said, “I remodelled the house and the house remodelled me.

“I heard a quote once that said 'There's how we live and that is food, clothing and shelter. And then there is why we live... and that's called art.' The goal was to create a house in which we were surrounded, inside and out, by warm, modern architecture that is art, but could be lived in comfortably.”

For more information about Michael Parks and the Parks House, please contact Marilyn Fletcher, at Fletcher Communications: Cell - (917) 547-8045 - or visit the website www.mspdesigndevelopment.com.